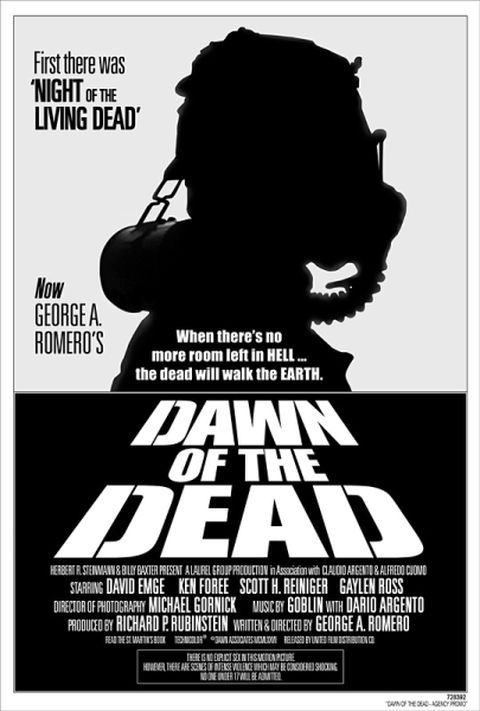 When I was a predictably obnoxious teenager approximating growing up in Massapequa, I liked to get into all the shit punk kids would normally do. I lived to blast rock music to piss off my parents. I cursed like a drunken sailor in the hopes that it would offend one of my ancestors. I watched horror movies and prayed that they had female nudity. It was much tougher for a kid to get his sticky hands on pornography in the eighties. I would hit on cute goth chicks, my batting average in this activity resembled a blind hitter  facing Noah Syndergaard. I would shotgun warm Meister Braus until I puked in the middle of the street and my wannabe stuntman friends would skid through the chunky pool of vomit on their bicycles. This was a great party trick and much cheaper entertainment than hiring a guido DJ with plastic hair spinning the 12″ single of Noel’s “Silent Morning” as we suffocated from the stench of his cologne. In those carefree days, I never thought I would see society collapse like a house of bloodstained cards in the break room of a slaughterhouse.

Older and more cynical now, I am not so sure. Since the days of bleaching my special sock to visions of Barbara Crampton, I have witnessed the 9-11 terror attacks from four blocks away and watched neighbor steal from neighbor in the aftermath of a hurricane that gave Long Island a Biblical beat down. I will no longer see Sandy as the cute, placid girl that lived in the flooded house next door. I am worried that the next prostitute I get will be affiliated with MS-13. I can deal with getting ripped off. Being arrested would possibly be funny and charming a few years down the road. I can’t deal with a machete splitting my head like a watermelon. I can almost feel the blade at my throat as I write this.

Our minds are assaulted from a billion devices that transmit images of babbling pundits and drooling politicians from both sides of the political movie theater, trying to get all of us to cannibalize one another like marauding zombies ripping into stinking guts. As Tom Petty sang so prophetically back in what seemed like happier days, “Quit jammin’ me.” The state of the world may have some of us feeling like a loudmouth, racist cop who is looking to blow the heads off of anyone who doesn’t look or think like him. Waiting on top of a tenement building, your mouth can pop off just as loudly as your shotgun. Pump that 12 gauge thunder stick to punctuate every one of the nasty pejoratives that escapes your mouth. Your SWAT team buddies are either disgusted or amused by your tirade. You think you’re cooler than Ken Foree at an Earth, WInd and Fire concert. Keep your finger on the trigger. The night is hot. The toilet at your house is clogged. The world is falling apart and it’s their fault. That door on the roof stairwell is going to open soon…..

So many brains to splatter.

The possibility that the world is heading for some type of global chaos is what makes me believe George A. Romero’s masterpiece Dawn of the Dead has stayed so relevant after nearly forty years of undead fun in the early morning sun. The zombies are any credible threat society faces at a given time. Those lumbering slabs of rotting flesh can represent some sweaty,  Bible thumping halfwit that rants on about God’s hatred of the homosexual and the loose woman to his catatonic disciples in a dusty circus tent. The flesh eating dead can remind us of the Quran quoting terrorists that simply toss homosexuals off the roofs of buildings and stone women who dare try to attend school. Who has use for such unenlightened deities? When the audience watches rancid ghouls busting through flimsy barricades, half of us might see metaphors of Big Government encroaching on our freedoms, feeding on the guts of our liberty. If that is progressive thinking then I wouldn’t mind turning the clock back a bit. Is Trump the zombie apocalypse for the left, his Twitter feed the social media equivalent of getting your limbs ripped off?

Better stock up on black coffee and bullets.

Dawn of the Dead is epic horror. It shows a worldwide epidemic on an almost Biblical level that Romero–that frugal fucking genius–manages to convey to us on a small budget. Romero unnerves us more with television and news clippings than World War Z managed to do with an infinite amount of resources and big name Hollywood talent. Brad Pitt is a solid actor and I would probably make out with him without my heterosexuality being threatened, as he is just that good looking. However, give me average dude David Emge and all his poor marksmanship over Pitt’s action star athleticism.

The brilliant opening of Dawn of the Dead shows the chaos of a television station during the early stages of the zombie uprising. People in charge are overwhelmed by the threat and make mistakes giving the public information on finding safe haven. We often learn the hard way that many of our leaders, municipal and business alike, didn’t get their positions based on merit. Incompetence can cost lives and Romero shows us this, punctuated by a pulsing score from the great Italian prog rock group Goblin. The audience also learns the rules of the zombie universe via the back and forth bickering of two television commentators.

” Every dead body that is not exterminated becomes one of them. It gets up and kills. The people it kills get up and kill.”

Cool, frightening stuff. Romero further shows the world getting flushed down the toilet like a used tampon when we see a SWAT team storm a tenement building. It is filled with poor people, many of them armed enough to take on the Chicago mob. The dilapidated building is also packed with deceased friends and relatives, many of the corpses getting restless and walking around looking for food like a drunk rummaging for leftovers in the fridge in the middle of the night. This scene is incredibly violent. Heads are blasted to smithereens and chunks of flesh are ripped from bodies. Finally, we witness the sometimes funny extermination of a room filled with zombies in the cold cellar.

We are introduced to SWAT members Roger and Peter. Roger, a short white dude, is played by intense looking Scott H. Reiniger. Peter, a tall black dude, is played by bastion of horror movie coolness, Ken Foree. They team up with two employees from the television station, boyfriend and girlfriend Stephen(David Emge) and Francine(Gaylen Ross). Stephen has gotten his soft hands on a helicopter and the four escape the madness of Philadelphia. As the chopper rises into the sky, the lights in a tall building looming in the background go dark, one floor at a time. It is a wonderful and simple way to show the breakdown of normalcy.

The lesson here is don’t rely on the authorities and government to save your ass.

Anyone reading this probably knows that the four end up in a shopping mall, surrounded by all the creature comforts that they could never afford when the world was functioning as society dictated it should. Romero, an astute observer of the world from the left, uses the setting to poke fun at the consumerism of the United States. Shoppers searching for the good buys tend to have the mindless look of a zombie in their eyes, their mouths agape as they pick items off the shelves. As technology has made the need for such sprawling malls obsolete, I lament the fact that we will never see a Romero zombie film where he pokes fun at all of us living dead,  giving Amazon our hard earned money from the comforts of our home, or when we should be doing work at the office.

Social commentary aside, this is a hard charging horror movie. The makeup effects by Tom Savini are just as much a character as anybody else. Sure, some of the zombies are done up quickly with gray makeup. Time and budget constraints can be a bitch. The main ones, however, have personalities of their own and cool, visceral wounds. Savini and Romero let it rip, quite literally, in the final siege on the mall by a small army of motorcycle gang members. The leather clad bad guys sport weapons as diverse as huge mallets, Depression-era Tommy Guns and pies. If you skipped Anatomy 101 and have never seen a human being’s insides, Dawn of the Dead will give you that opportunity.

Scary shit going on out there. It won’t be quite as entertaining without George with us. I would like to thank him for all the fun he gave me over the years.