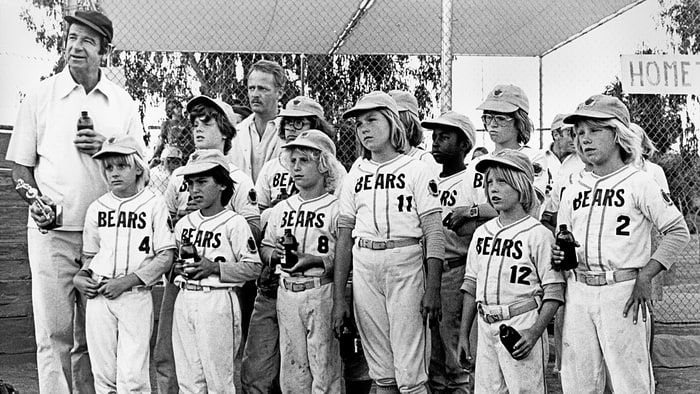 Pardon me while I flex my right wing, but I believe the United States is the greatest country in the history of the world. I am probably a loud, obnoxious(drunk?) American, but nothing will change that belief in me. Perhaps you shouldn’t read any further if you think you know how this is going to go?  America is full of success stories. However, for every success story that makes it to the big screen or the front page of some news magazine, there are twelve tales of failure. Losing can be poignant. It sucks if you are the one seeing your dream float away like a paper boat down a sewer drain, but it makes for better stories.

I like to think of my many screw-ups as part of the Great American Novel that my life surely will become.  I actually only feel this when I am drinking. The hangover and the ATM receipts shock me back to my sad reality. For me, the bittersweet tragedy of losing is part of Americana. It is like getting to take the most beautiful girl in town to the Bicentennial Carnival and thunderstorms turn the fair into a muddy cesspool before you can try to win her that giant teddy bear. You drop her off at her impressive Colonial Home and her father, the town’s well respected neurosurgeon, says it is too late for you to come in. You glance at your cheap watch and it shows 4 pm. His daughter has to get up early as she will be working on Jimmy Carter’s campaign for the White House. He knows your parents voted for Nixon and realizes that you are also a crook. Being a doctor, he knows how your brain works. The last thing he needs is you fertilizing his daughter with your Conservative views. Tough for him to call Archie Bunker his son-in-law. And you’re a Meathead, too. Fucked twice by the gods.

As you walk away he tells you not to forget to pick up booze and cigarettes for your mother. He closes the door behind you, cackling like Richard Widmark in Kiss of Death.

You pull up to your parents’ modest home and as you get out of the rusty ’59 Studebaker, the delightful aroma of her hair mixed with the putrid smell of mold on your seats imprints itself into your memory banks and will taunt you for years to come. You shuffle into your house like a punch drunk prizefighter looking for his shoes and kick over an opened box of Pop Tarts. Tonight’s dinner. Your mom, lounging on the couch like a soggy alley cat, grunts like a hungry cavewoman and points to the television with nicotine stained fingers, mummified from tar residue. She is Good Housekeeping‘s  very own Imhotep. You walk over to the tv, praying a meteor falls from the sky and smashes you into atoms, and turn the dial three notches.

That’s  American as a Winchester Rifle, or a game of baseball played by kids in Little League.

There once was a dude who had a cannon for an arm, blazing fastballs by perplexed hitters and bruising bones on his catcher’s hand. He managed to strike out the great Ted Williams in a spring training game. Williams is a Hall of Fame baseball player and was a fighter pilot in WW II and the Korean War for anyone that doesn’t know. As the pitcher jogs off the mound, an American Adonis glowing in the golden sunlight, the crowd chants his name as if he were a champion gladiator. Buttermaker!! Buttermaker!! A beautiful blond in the front row hands him her motel key as he enters the dugout and grabs a Louisville Slugger and a can of beer. As he chugs the brew and adjusts his balls, the pitcher can envision his plaque in Cooperstown. Morris Buttermaker will be sharing real estate in the hallowed halls alongside the likes of Yogi Berra, Stan Musial and Sandy Koufax.

Then he wakes up, eyes bleeding like a hemophiliac, surrounded by empty beer cans and pool cleaning paraphernalia. As a belch that could peel wallpaper escapes his mouth, he wonders where the last twenty five years have gone? He reaches into the cooler that is resting on the backseat of his piece of shit convertible and pulls out a morning brewski. There is nothing better than hair of the dog when you are taking stock of your life. It is truth serum and your personal Dow Jones is talking great depression, my man. Throw some chlorine in your eyes, so you can wake up and get back to work.

Michael Ritchie’s The Bad News Bears is a realistic, profane and very funny comedy about a bunch of misfit children who beat the odds and play for the championship of a California little league. Walter Matthau plays Morris Buttermaker, a broken down and boozy ex-ballplayer who scrapes out a living cleaning pools. One wonders if Buttermaker looks up from the pools he is maintaining to see the luxurious homes and wonders what might have been had he made it to the major leagues? Life, the ultimate sadist, always seems to throw salt in our wounds.

A smarmy local politician pays Buttermaker to coach a team that will be comprised of a bunch of kids that no other manager wanted. One of the children is the lawmaker’s son, who seems to be one of the more well-adjusted of the teammates. We are also introduced to the fat kid and the feisty loudmouth. There is also the brittle bookworm who probably doesn’t have the strength to carry a dictionary. The audience meets the black kid, who feels anxiety because he isn’t the star athlete that his brothers are. The booger picking loser sect is represented, as well. We have Rudy Stein , who reluctantly takes one for the team as he deals with his neurosis like Woody Allen at the dawn of puberty.

The intelligent script was written by Bill Lancaster, the son of Burt. It doesn’t shy away from the more serious moments that kids in this age group are subjected to. The audience witnesses the borderline tyranny of coaches and parents who always seem to forget they are dealing with children playing a game. The glimpses of the backroom machinations of how the league is run are realistic and interesting. Shady deals, friendly extortion and corporate cronyism are all on the roster. Sounds familiar, doesn’t it? Joyce Van Patten is especially entertaining as the league’s slimy equipment manager, Cleveland. As she lovingly slithers up the leg of Vic Morrow’s Roy Turner, dickhead coach of the league’s perennial champs, one can’t help but be reminded of the screenplay Bill Lancaster would write a few years later, John Carpenter’s classic The Thing.

After some brutal losses and even more painful hangovers, Buttermaker bribes the daughter of an ex-girlfriend to pitch on the team. Tatum O’Neal, the glow still radiating off her Oscar statue for Paper Moon, plays Amanda Whurlitzer, the cute as a button pitching maestro who owns a curveball that would have made Doc Gooden jealous in his prime. Amanda also possesses a distinct psychological edge on the mound. What boy wants to face down the ridicule if he looks foolish at the plate against a pitcher that is also a girl? If she strikes you out on the field, there will be no kissing behind the monkey bars, junior.

The combustible final part of the winning formula comes in the shape of diminutive power hitter and professional juvenile delinquent, Kelly Leak(Jackie Earle Haley). He hits home runs like Mike Schmidt and dabbles in personal loans with the same type of interest rates as a gangster from New York’s Little Italy. Kelly seems to be the type of kid that was very familiar with standing on third base at a very young age. Tired of being chased from the field on his motorbike by Cleveland and Roy Turner, Kelly flicks a cigarette at their authority and shows them that he is the best in the league. The audience also learns that he is just a kid that wants to belong, his junior criminal exterior not withstanding.

Watching Ritchie and Matthau play the field with the convincing child actors is a joy to behold. Like many of us did when we were away from parental supervision, the kids use profanity as if it were a shiny new toy. They can be viciously cruel towards one another and, when there aren’t  others around to witness, protect the weakest and least popular among them. The former being a trait that eludes many successful adults in our society. You can expect to hear slurs that will mock every demographic and religion that is out there. These are good things. The softening of society, the catering to the instantly and fatally offended, is taking us to very dark places. Humor strengthens us and makes it possible to deal with prejudices, both real and imagined. As soon as both sides of the political spectrum has the nerve to laugh at themselves, then we will be able to have adult discussions about topics again.

We all don’t need to get a trophy in life. Those who lost should not be allowed to take the victory lap. Everyone’s not a winner.

Freedom is messy. People are going to get offended. Realize that there are those that will never agree with you. Respect the people you argue with, as long as they respect you. Laugh at yourself as much as you laugh at your adversaries. It is all very American. Political Correctness is the most curable of cancers.

I won’t make any obvious baseball play on words about The Bad News Bears, but you get it.