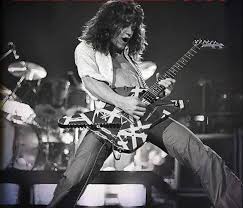 It was a warm, sunny day yesterday on Long Island and I was screwing off at my nearly deserted office. Thanks Pandemic. I’ve been insanely busy at work for the past two months, so I figured some workplace fuckery was in order. I am truly grateful to have kept my job in the Age of COVID, but I can only be responsible for so many days in a row. At 48, full adulthood has not hit me. There’s only about twenty people that show up at the office daily, so we usually have the run of the joint. The Platinum Suits, for the most part, conduct their daily business from palatial mansions in Westchester, some upscale Connecticut hamlets, or from the Gold Coast of Long Island. I wasn’t afraid of any blowback from me loafing around from some phantom that was haunting the ghost town that was the Executive Wing of the building. There’s always the possibility for some prissy Narc to rat me out. They, however, would be found out rather quick and their trespasses would not go unpunished.

You don’t want to mess with the IT department. We can be vengeful, digital gods. Get ready for some Old Testament nastiness coded in BASIC. Somebody said Fair Warning. Lord, strike that poor boy down.

I wondered down to the maintenance department into the vast office of my friend, who is the building manager. The aesthetic of the office is men’s locker room, auto repair shop and dive bar. My eyes always found and fondled the bottles of whiskey, tequila and rum that adorned his well worn shelves.

The Apocalypse had some benefits.

He had music blaring from external speakers he had hooked up to his Dell Optiplex Desktop Computer. I set him up with a solid state drive and a turbo RAM upgrade, so I hoped I earned a single shot of booze for the end of the week. We usually shoot the shit about movies, television shows and music. Sometimes the conversation takes a turn and veers into that haunted forest known as politics. Out tastes were similar when it came to tunes and flicks. This was not always the case with politics. However, we both considered one another to be one of the “rational ones” from the other side.

This dude was riffing on how dopey one of our co-workers was when it came to shipping packages and the importance of addresses for said parcels. He then reacted like he saw a ghost and grabbed his smartphone as if it were a plumpy bug that needed to be crushed. A short burst of disbelieving curse words shot from his mouth like fire from a machine gun. The events of the past seven months, along with his reaction to the alert on his phone, temporarily hollowed out my gut and I felt lightheaded. Has the President taken a turn for the worse in his fight against COVID-19? You can hate the guy all you want, I get it, but an American President who suddenly can’t perform his governing duties is not healthy for a world already on the brink of a collapse into hysteria. Is the Emperor of New York imposing more lockdowns, after a summer of the State being relatively open during the Plague? Maybe some bigshot at our company was getting the axe? The ‘Rona is allowing companies to clean house, free of guilt or legal ramifications.

Eddie was the virtuoso guitarist of Van Halen, the iconic hard rock party band that has sold about a billion albums over the past forty years. The amount of kids that mimicked Eddie Van Halen as they shredded the air-guitar must be close to the amount of people served by fast food chain, McDonald’s. Entering this world in 1972, no band was more played on the soundtrack of the filmed version of my high school years than Van Halen. The band embodied the fantasy for tens of millions of teenage dudes back in the day. They represented sunny days on the beach. Eddie’s magical solos blasted from transistor radios set on top of coolers filled with cheap beer and sandwiches, hopefully getting some bikini clad cuties interested in you and your boys. Their songs painted visions of late night parties with beautiful women.

And Rock and Roll.

Surfing the sonic jet stream from Eddie’s screaming guitar, Van Halen brought it to millions of fans with more testosterone than an angry bull shark. Each time I shotgunned cans of warm Meister Braus in front of a flock of amused cheerleaders, Unchained was cranking in my dopey teenage mind. After many nights going home alone after my antics, Van Halen and Eddie’s soaring notes kept me company. I soon realized I would never be as cool and desirable as David Lee Roth, Eddie and Alex Van Halen and bassist Michael Anthony. Sammy Hagar had great moments with the band and was also a cool surfer type. I neither surf or play guitar.

Van Halen, with Eddie leading the instruments backing Roth’s vocals, also had a playful side. Secrets, a wistful poem of love, was a breezy pop song that counterbalanced Van Halen’s well-earned reputation as a thundering band comprised of four party demons. There was the acoustic throwback to folksy music of the early part of the 20th century with Could This Be Magic. As a horny seventeen year old dreaming about >redacted< as she sat next to me in History Class, In A Simple Rhyme was the perfect love song. It had enough cheesy, cliched and sappy passages to make the chick happy. However, it still had enough hard rock bombast that allowed you to look your guy friends in their eyes as they taunted you because you were crushing on some girl. Eddie’s genius on the guitar was a large part of this.

Buddy, you got womens on your mind.

Happy Trails, Eddie. Thanks for everything.